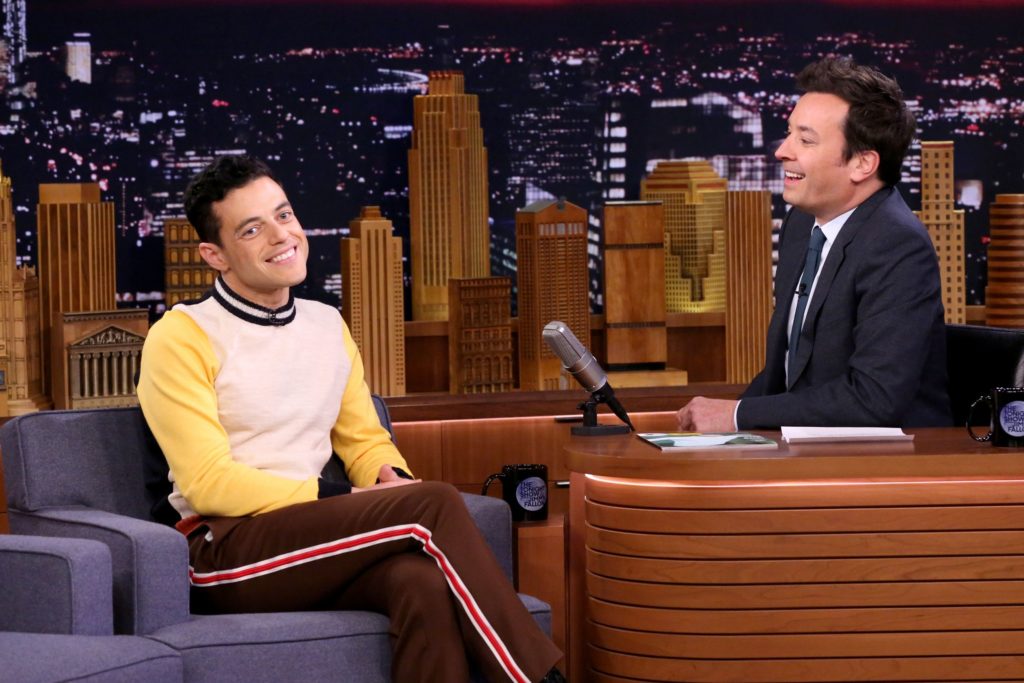 First, despite being disappointed with the end of his breakout series Mr. Robot, Malek is thankful for the many opportunities it brought — including the leading role in the Queen biopic. “And you got an Emmy for that as well,” host Jimmy Fallon reminded him.

Praising the performance, Fallon emphasized how unbelievably accurate Malek’s reinterpretation of Mercury was, from personality to looks and manners. “I had these teeth that I wear and the first time I put them in my mouth I felt incredibly insecure,” Malek shared of the transformation, later adding, “Then I found myself compensating, sitting straight, more elegant. You really start to think…these are the reasons why he is who he is.”

Malek also shared how the iconic 1985 Live Aid concert was the first scene the producers wanted to shoot, intimidating him considering how legendary the rock performance was: “When I got the call for day two, it was like winning an Oscar.”

“I told them, ‘Listen, guys, I’m not going to be the Hollywood actor that sells myself here — I don’t play the piano, I don’t think I’m a singer, I have a very unusual way of dancing and that’s the closest I can get to Freddie Mercury.’ I think they thought, here’s a humble actor for once,” he shared, laughing.

After the chat, the duo played a funny game of “A-to-Z” where they put their music knowledge to the test by taking turns on a conversation about their favorite bands in alphabetical order.

Watch Malek’s apperance on The Tonight Show below.