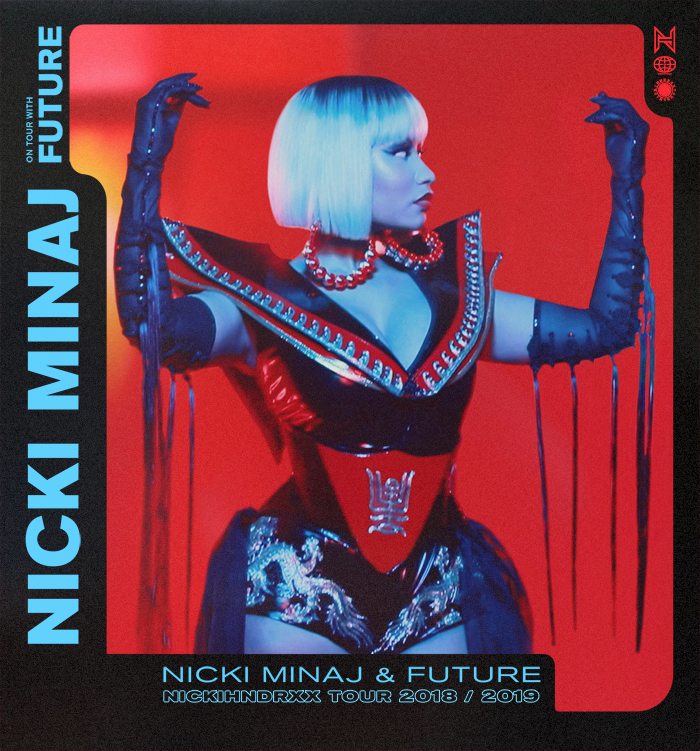 Tickets On Sale this Friday 15 June

NEW YORK, NY (June 11, 2018) Global hip-hop icons Nicki Minaj and Future announce they’ll be hitting the road together for the first time on their NickiHndrxx tour today, stopping off at Dublin’s 3Arena on Friday 15 March 2019.

The NickiHndrxx tour will be a can’t miss outing for fans of the hitmakers who dominate the modern hip-hop and mainstream charts. The multi-award winning artists are also known for their high energy performances of their chart-topping hits. Together, they are bound to bring the heat to the stage for an unforgettable night on this massive joint tour. The extensive outing will touch down in 50 cities across North America (produced by Live Nation) and Europe.

Tickets will go on sale to the general public beginning Friday, June 15th at 10am.

Tickets cost from €66.50 including booking and facility fees. www.ticketmaster.ie