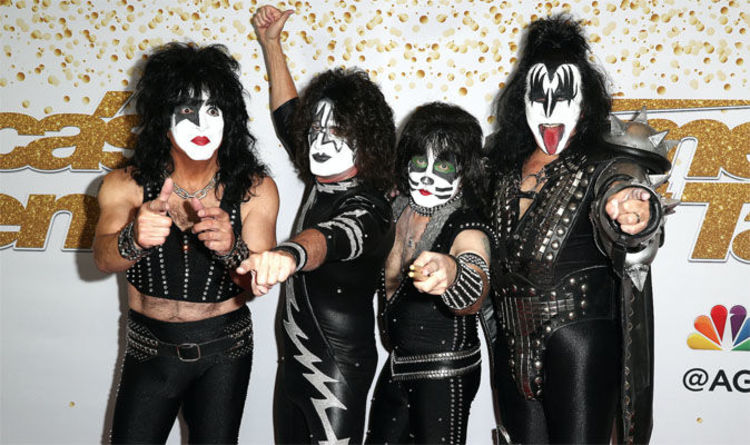 KISS have announced their End Of The Road World Tour for 2019 after performing on America’s Got Talent.

The iconic rock band have been touring since 1973 and now has revealed they will be ending their career with one last set of concerts.

Performing on America’s Got Talent’s Finale this week Gene Simmons’ and Paul Stanley’s KISS revealed they would be heading off on their last ever world tour after performing Detroit Rock City.

Called One Last Kiss: End Of The Road World Tour, the four rockers will kick off in 2019.

Tour dates are yet to be announced by fans can sign up for updates on KISSonline.com.

In a statement KISS said: “All that we have built and all that we have conquered over the past four decades could never have happened without the millions of people worldwide who’ve filled clubs, arenas and stadiums over those years.

“KISS Army, we’re saying goodbye on our final tour with our biggest show yet and we’ll go out the same way we came in… Unapologetic and Unstoppable.”

The band, which has sold over 100 million albums worldwide in its 45-year career, last performed in England in 2017. 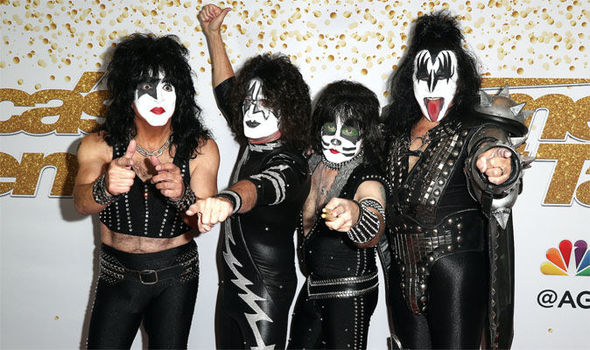 KISS played Birmingham and London, however their show at Manchester Arena had to be cancelled following the suicide bombing just eight days prior to when they were supposed to perform.

With the new tour announcement it’s possible KISS could be one of the headliners at Download Festival, which takes place in June 2019, having last done so in 2015

Back in June 2017 Simmons filed for an application with the US Patent and Trademark Office to copyright the famous rock signal. 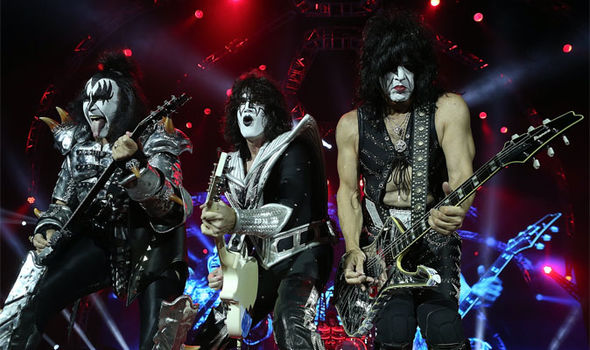 KISS will embark on their farewell tour in 2019 (Image: GETTY) 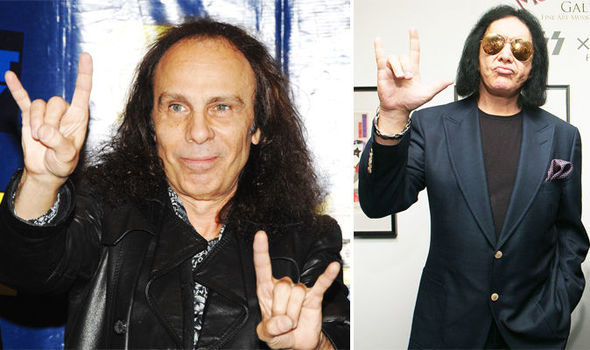 The Kiss star’s claim is that the devil horn gesture was first used on November 14, 1974 on his rock band’s Hotter Than Hell tour.

He signed a declaration saying: [I believe] no other person, firm, corporation or association has the right to use said mark in commerce, either in the identical form or in such near resemblance.”

However the wife and manager of late Black Sabbath star Dio, who is credited with popularising the gesture, has slammed Simmons’ trademark attempt.

Speaking with TheWrap, Wendy said: “To try to make money off of something like this is disgusting. It belongs to everyone; it doesn’t belong to anyone. It’s a public domain; it shouldn’t be trademarked.

“It’s laughable, I think, quite honestly. I think he’s made a complete fool of himself. It’s disgusting; what does he want?”