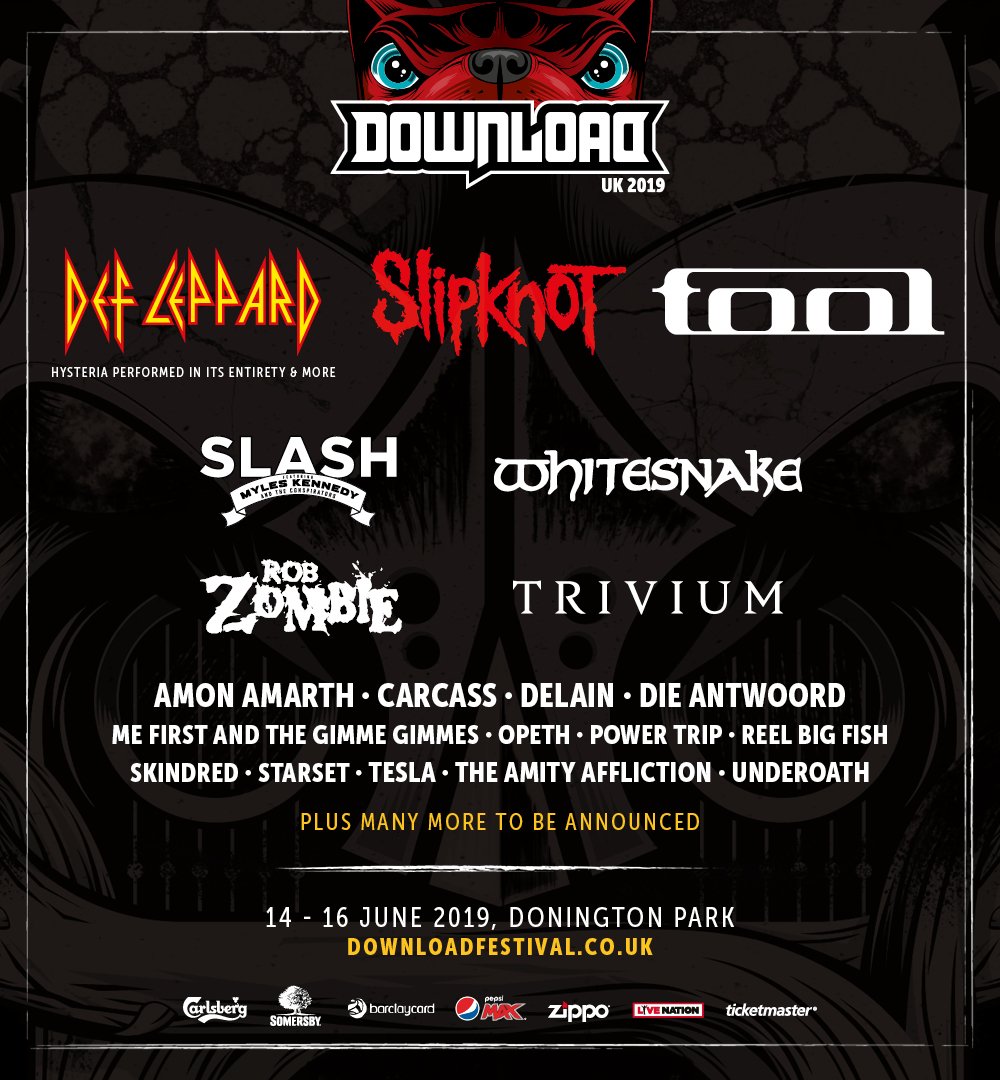 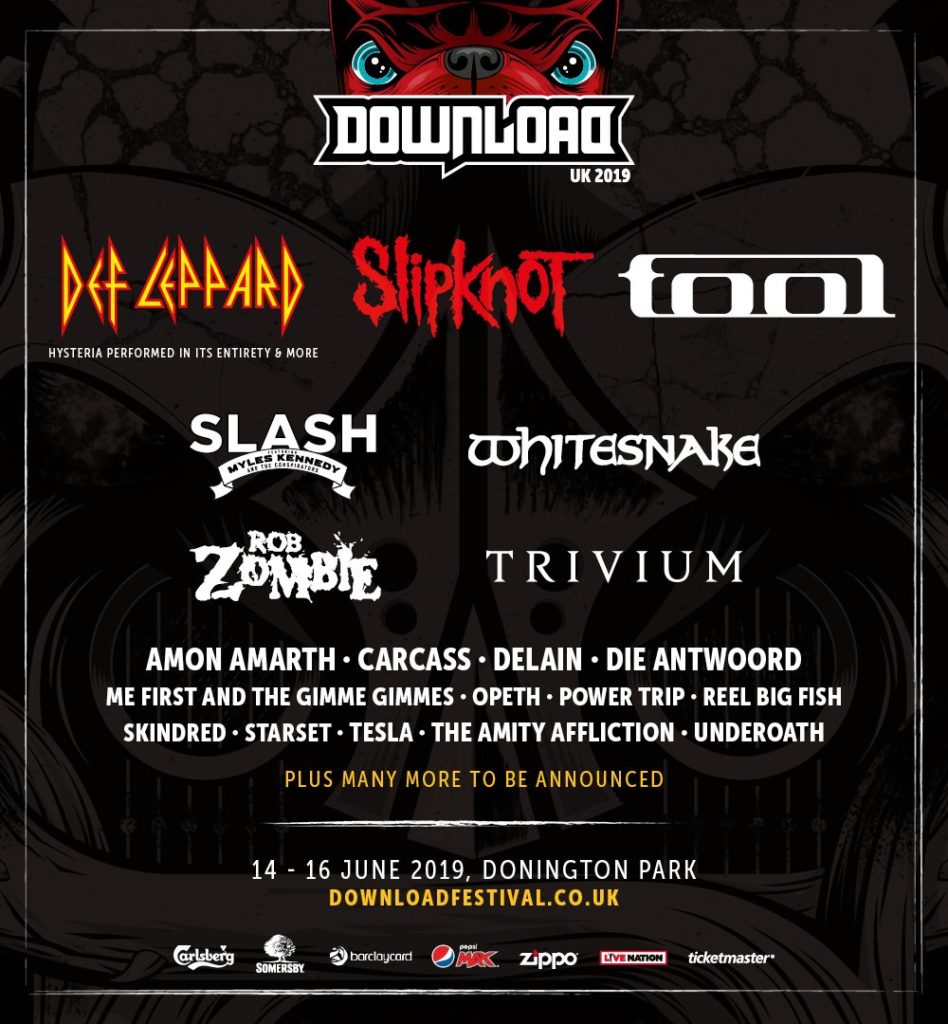 The first line-up announcement for Download Festival is here.

Rock and roll legends Def Leppard will be headlining the event along with Tool and Slipknot. Other bands included on the performance bill are Die Antwoord, Whitesnake, Slash, Me First and the Gimme Gimmes, Reel Big Fish, Skindred and Underoath.

More artists are expected to be announced as the date draws nearer. 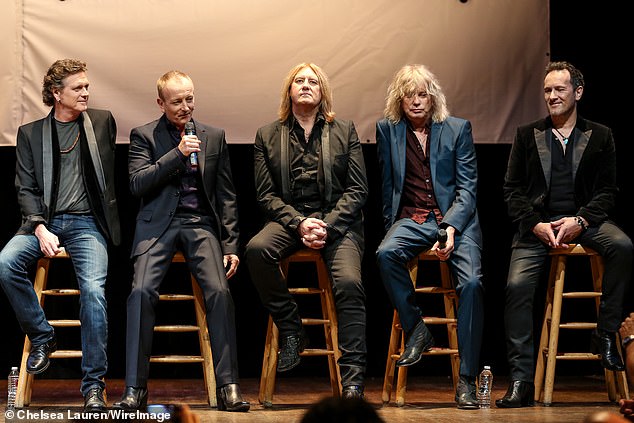 Want to know more about the big event? Here’s everything you need to know about Download Festival.

Download Festival is an annual rock festival held in Donnington Park in Leicestershire, England. The event dates back to 2003.

It’s since grown and now also takes place at Parramatta Park in Sydney, Australia and Flemington Racecourse in Melbourne, Australia. Those events began in 2017.

Your first #DL2019 announcement is HERE!!

GET READY for an EPIC weekend with @DefLeppard, @slipknot, @Tool and MORE!! Tickets on sale this Thursday 25th – 2pm

Download Festival will take place at Donnington Park in Leicestershire, England as it has for several years.

The first line-up for Download Festival was announced on Tuesday. Headliners include Def Leppard, Tool and Slipknot.

‘It’s not quite been 10,000 Days since we have been able to indulge in one of our favorite alt-rock bands, but after thirteen years I am thrilled to announce Tool are finally making their long-awaited return to Download.

‘Renowned for being one of the best live bands on the planet due to their one-of-a-kind performances, Slipknot are an incredible addition to the main stage. 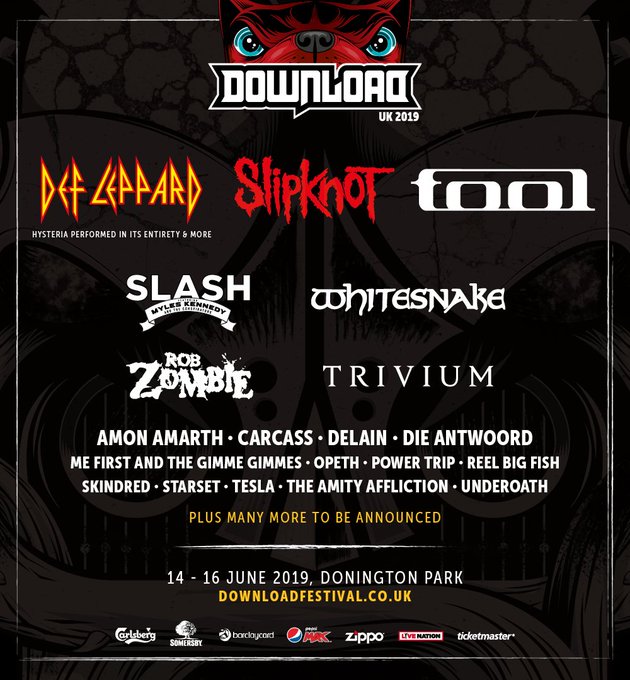 Excited to announce we are headlining @DownloadFest 2019 at Donington Park! Tickets on sale 25 October: https://downloadfestival.co.uk/tickets/

‘Last but not least, I am honored to welcome true Rock N’ Roll legends Def Leppard to Download who bring with them a UK exclusive chance to see Hysteria played in full.’

Hysteria is Def Leppard’s 1987 album, which sold more than 25 million copies. It featured their hit single, Pour Some Sugar on Me.

Die Antwoord, Whitesnake, Slash, Me First and the Gimme Gimmes, Reel Big Fish, Skindred and Underoath will also be performing.

More acts are expected to be announced in the coming months.

Tickets to Download Festival 2019 go on sale at 2pm GMT on October 25. Until November 6 the tickets will be available at 2018 prices.

You can get them here. 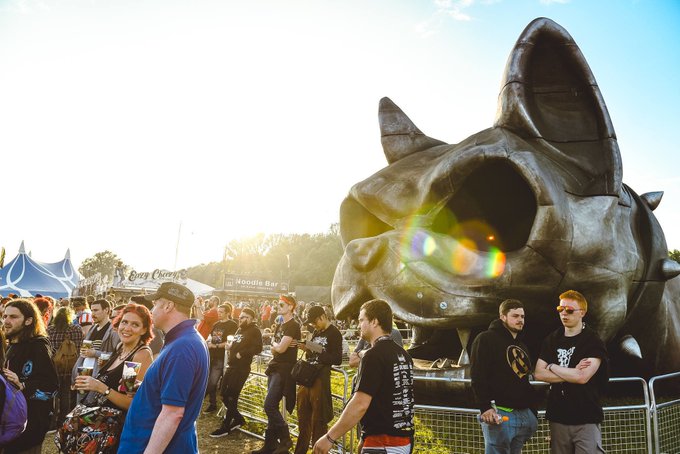