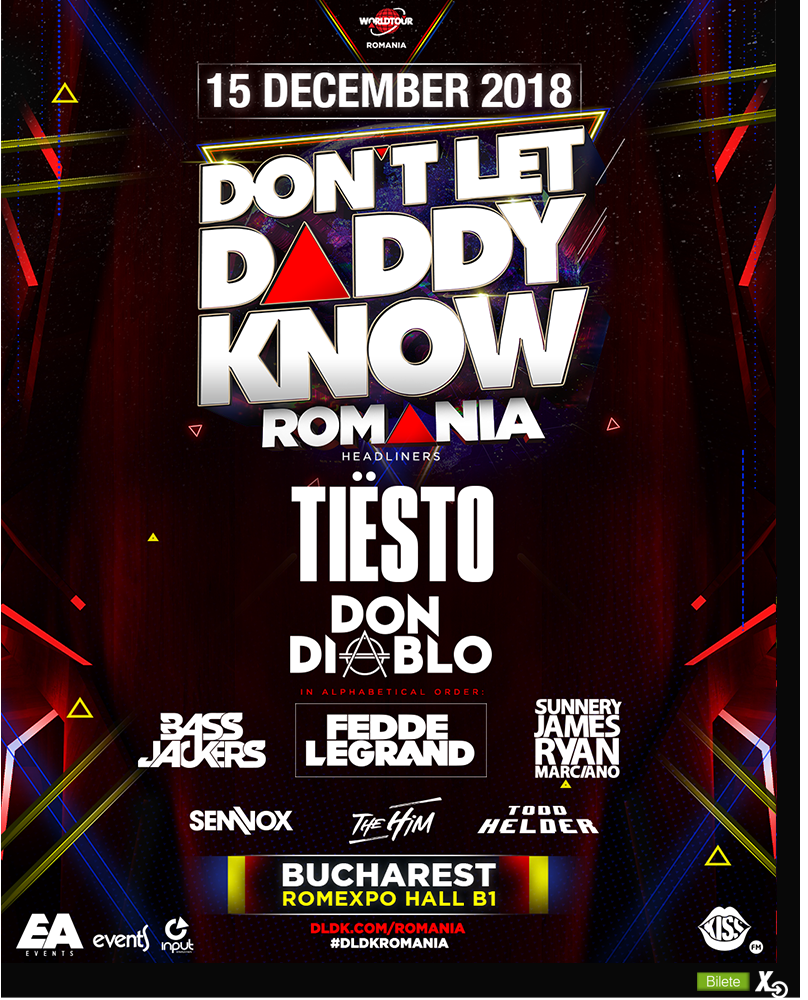 What began six years ago on the magical island Ibiza, is now a worldwide phenomenon with events in more than eighteen countries.

Entertaining thousands of DLDK fans across the globe, the brand has the reputation to create a unique feeling of togetherness, even in the most massive venues.

After celebrating their 6-year-anniversary at the Ziggo Dome in Amsterdam in the beginning of March and organizing editions in the UK, Chile, Thailand, Myanmar and Spain this year, it is now time for their first edition in Romania. With the world’s biggest DJs including Tiësto and Don Diablo and a capacity of more than 12.000 people, DLDK will set the benchmark for event production with this exclusive show at the massie venue RomExpo in Bucharest.

In only six years’ time, DLDK has grown to one of the most renowned dance event concepts in the international entertainment industry. The concept expanded to more than eighteen countries, including Chile, Thailand and India. The combination of top artists with an innovative production gives the visitor a unique long-lasting experience. People from all over the world visit the events, bringing their flags to create a ‘One Big Family’ vibe. Besides the events, the Don’t Let Daddy Know brand also has a music label called #DLDKMUSIC and a successful merchandise line. Don’t Let Daddy Know is owned by E&A Events.

*Children under 18 years old must be accompanied by a grown up (with a paying ticket) or have a signed parental agreement which you can downloadhere.