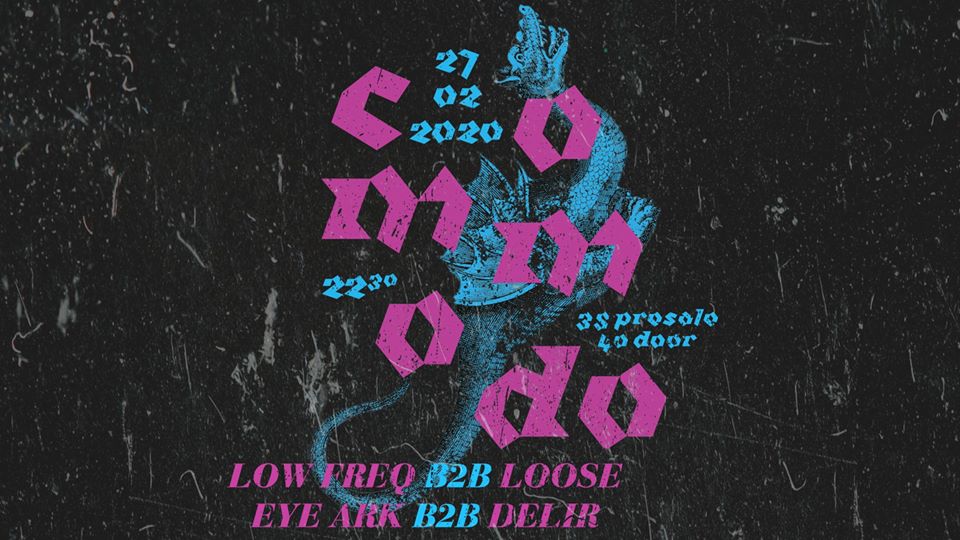 An artist with minimal online presence and who keeps himself to himself, Commodo is one of an increasingly rare few who make waves through the strength of their music alone. He builds bass-focused beats with soul and substance that never perpetuate a formula, distancing himself from contemporaries with ingenious sampling and sound design influenced by his long-time affinity with the vibrancy of hip-hop.

Regardless of whether it’s the tough, dread-pressurised bassweight of his dancefloor-leaning productions or the tonally rich and immersive qualities of his more cerebral work, his scrupulous studio techniques are evidenced by the resounding freshness and longevity of his tracks both new and old.

His inherently unique and accomplished production style earned him recognition right from the outset of his ascendancy and garnered early attention from a host of key figures within the dubstep community; finding a natural home for his music at the bastion of low frequency excellence, Deep Medi Musik.

Delir ( SubGiurgiu, Uzina Dub )
Delir first started DJing following the sounds of drum and bass. In 2014, he decides to focus his view on dubstep & bass music by taking part in the organization of SubGiurgiu, a self-sustained bass festival located at the edge of the Danube river in Giurgiu, and played there each year from 2015 to 2018.
Member of SubGiurgiu & Uzina Dub (a community meant to promote dubstep & bass music), he took part and played at almost all of their events, streams & parties since 2015. His most common approach is deep & dark/minimal.

Eye Ark ( Uzina Dub )
In 2011 ,Alexandru Constantin Alin starts his musical journey with a series of events named Uzina Dub ,meant to promote dubstep music in his hometown alongside Agmantav.
Series that would continue in Bucharest to promote the local scene through parties or streams till present day.
Influenced by artists like Kromestar ,Sukh Knight ,Joker he starts making beats heavily inspired by industrial sounds ,grime and retrogaming music. At the same time he keeps an eye opened for experimentation with different styles of music and bpm’s.
In 2015 some of his tracks get rinsed on Get Darker and in 2019 he gets his first 10” vinyl release on the Frozen Plates label, alongside DST.

Loose ( SubGiurgiu )
Coming from a background of hip hop, reggae and bass music, Loose and dubstep fell in love with each other over 10 years ago. The duo is still waiting for the government to pass a bill in order to get married legally. Meanwhile, Loose has started getting some on the side with some other bpm ranges. To be continued.